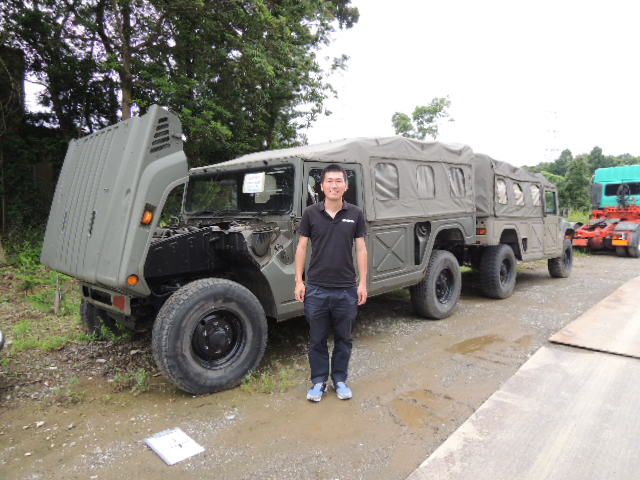 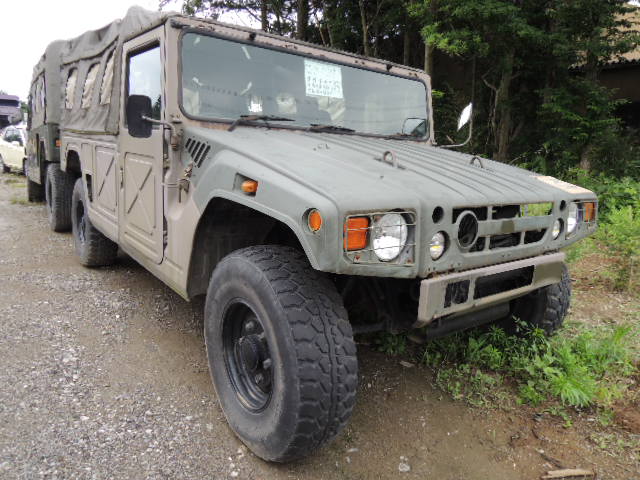 High mobility vehicles are personnel transportation vehicles equipped by the Ground Self Defense Force. The Ministry of Defense uses HMV (High Mobility Vehicle) as its abbreviation, and nickname as “Hayate” for promotional activities, but it is also called “high aircraft (koki)” within troops. There was also a time when Twisting Humvee of the American army “Jambie” or “Japanese Hummer”.

Personnel transportation car adopted by the Ground Self Defense Force in the early 1990s. Development and delivery are Toyota Motor Corporation, Hino Motors is responsible for manufacturing. A commercial version of Mega Cruiser (BXD 20V) based on this vehicle is sold, although not marketed exclusively for the SDF, and JAF, communication company, local public organization (fire brigade, emergency service team) etc are mainly responsible for disaster countermeasures I own it as a car. It is based on a civilian mega cruiser, not a high mobility vehicle, in the Air Self Defense Force and the Maritime Self-Defense Force because it is not supposed to be used as much as the GSDF, Equipped with a vehicle.

The price is about 7 million yen or less per area, and the total number of productions including the basic type and the derived type has exceeded 3,000 in total, and procurement continues today. Designed as a non-armored vehicle (soft skin), the hood is made of FRP and is not bulletproof, but for mega cruiser manufactured by a general lamination method, it is vacuum forming for high mobility vehicles There. Radiators are also placed vertically as well as general automobiles.

Initially, 15B-FT type equipped with a turbo and intercooler (155 horsepower, compliant with short-term regulations) was added to 15B type, which is an in-line four-cylinder direct injection diesel engine with a total displacement of 4,104 cc used for Dyna, Toyota, Toyo Ace, Was equipped. Subsequently, in response to the stepwise strengthening of automobile emissions regulations, the injection pump was electronically controlled and replaced with 15 B-FTE type (170 horsepower) conforming to long-term regulations. After the new short-term regulation, it has been changed to N04C series (N04C-VH, 163 hp) made by Hino Motors with displacement of 4,009 cc.

The drive train has a center differential that can be arbitrarily locked, full time 4 WD. Both front and rear are equipped with Torsen LSD (Type A) compatible with electric differential locking mechanism. In addition, a hub reduction drive was provided as a tertiary speed reducer, and accordingly the wheel brake became an inboard mount.

Initial engine startup is done for a certain period of time even in the summer even after the summer and it needs to check the electric system and the brake compressor operation, but it has good startability (cranking is short) as an advantage of the 15B type engine. The car currently being produced does not need much preheating, so it is necessary to turn the starter motor longer than the initial type.

Suspension is a four wheel double wishbone, with four hubs and suspension arms with some compatibility with the hub and suspension arm. The reverse phase 4WS with a hydraulic steering device on the rear wheel is adopted. Although this is a mechanism for reducing the minimum turning radius, the rear wheels will move in opposite phases to the front wheels when the large steering angle is turned off even at high speeds, so there may be problems with safety during panic steering. It is equipped with a fail-safe mechanism by the centering spring, and returns to neutral when the hydraulic system malfunctions, the engine stops, and the hydraulic pressure lowers. In addition, hub reduction is adopted, and attention is paid to ensuring the minimum ground clearance.

Dyna and Land Cruiser are applying the technology of the commercial cars, so the driving performance on the general road is high, due to the large minimum ground clearance, the tire air pressure regulator, the low ground pressure due to the adoption of the wide wide tire, etc., outside the road Mobility is secured. Even if you hit a run flat tire, by manipulating the switch on the side panel of the driver’s seat, you can use the air pressure regulating device to the maximum extent and maintain the extent to which you can travel at the legal speed on ordinary roads. Apart from the wheel, a metallic ring-shaped metal fitting called a core inside the tire is attached to the inside of the tire (a structure that supports the metal fitting inside the tire when air comes out by impact etc.), and it is necessary to separate the metal fittings when replacing the tire , Work while receiving guidance from experienced people is essential.

Together with the mega cruiser, the tire is a special size on the large as 37 x 12.50 R 17.5 – 8 PR LT, it is a special item for both summer and winter, and it is one company supplied by Bridgestone . Brands of studless tires are Brizac W965 and W945, both of which are custom made.