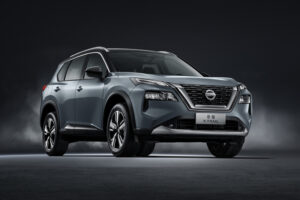 In China, the X-Trail is a model that is drawing attention in the SUV segment, and is also positioned as one of the most important models in Nissan’s business structural reform “Nissan NEXT.” At the time of the announcement, Nissan said, “In addition to the innovative design, the new X-TRAIL equipped with intelligent driving and connectivity that has evolved by adopting the latest technology provides a new appeal unique to Nissan that sets it apart from conventional SUVs. To the Chinese market Is scheduled to be launched in the second half of 2021, “he introduced the car. The new X-TRAIL is equipped with a variable compression ratio engine “VC turbo” and a new “intelligent 4WD selector”. The infotainment system called “ProPilot” and “Virtual Personal Assistant”, which is a hands-off function in the same lane, and “Zero Gravity Seat”, which makes it hard to get tired even if you sit for a long time, are adopted. At the press conference, it was also announced that the latest e-POWER will be installed in six models by 2025, including the largest-selling sedan “Sylphy” in China.