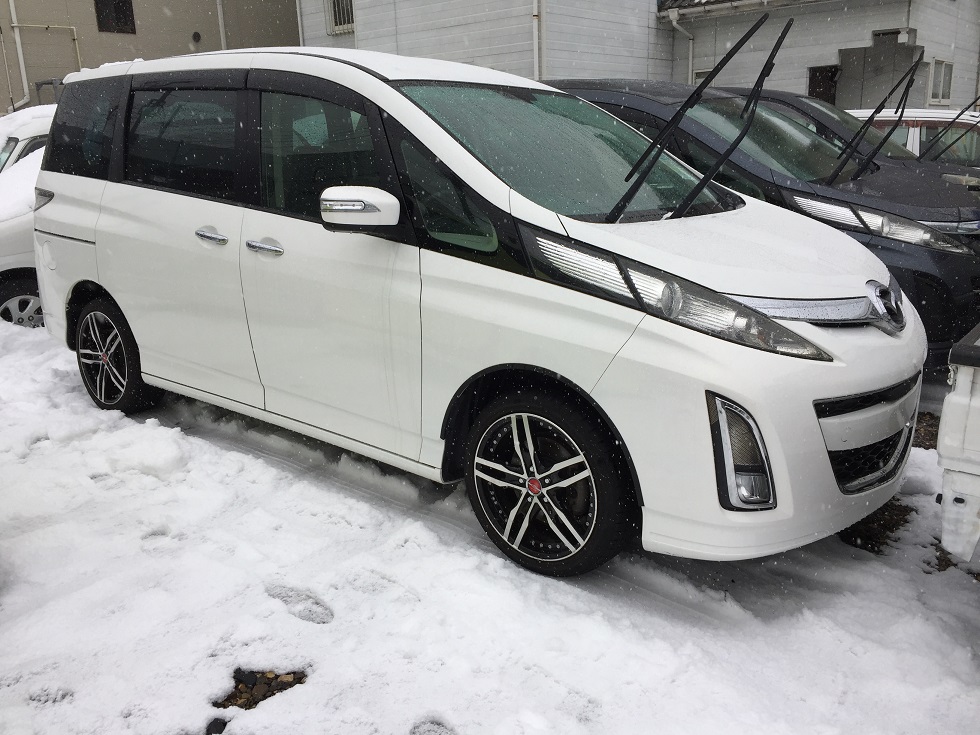 Mazda developed a new minivan based on Premacy. That is this Biante.

It is quite sharp around the front that consciousness of Kabuki’s shadow is made, black out from the A pillar, wraps around to the side window and the rear windows, and it is made up of a design like the front light wrapped around the body. At the same time, the reverse Pentagon grill which is also a feature of the Mazda car is placed at a position lower than usual. In addition, it takes a large glass area and adopts large triangular windows at the same time considering visibility.

The interior stuck to not only the size but also the ease of handling. As one of them, the seat is laid out so that the hip point becomes higher as going backward. As a result, an open forward visibility is obtained regardless of which seat you sit. Also, with regard to the seat arrangement, the spacious “living mode” for feet, the “walk-through mode” for dividing the second row seat in left and right, “luggage mode” for loading luggage in full and the seat Arrangement is possible. The second row seat will be both a bench and a captain. It is narrow because it allows three people to seat by placing the right and left divided captain seat in the center, no headrest for people sitting in the center, not only the seat belt but also the center belt only 2 point type.

The instrument panel adopted the “Top Mount Wide Meter”, which is the first for Mazda vehicles, to achieve both a feeling of openness and visibility. In addition, the electric double-sided sliding door (with touch sensor) with pinching prevention mechanism boasts the opening width of 780 mm at the class top level.

At the beginning of the sale of the engine, the LF-VD type 2000 cc DOHC DISI (FF and 4 WD) and L3-VE type 2300 cc DOHC MZR (FF only) are mounted, the transmission is a 5-speed AT (2300 cc with manual mode ) Was adopted for 4WD vehicles, 4 speed AT was adopted for 4WD cars. After that, 2.0 L · FF cars were changed many times, and in partly improved in June 2009, vehicles equipped with “i-stop (idling stop mechanism)” were replaced with LF-VDS type with the same DISI engine, 2013 At the minor change in May, the engine was set to PE-VPS type 2000 cc DOHC SKYACTIV-G 2.0, the transmission was multistaged to 6 speed AT with the installation of “SKYACTIV-DRIVE”.

At the beginning of the sale of the body color, we set 7 colors including “23 S” exclusive color “Chile Orange Mica”, but after 6 months of 2009, special color was abolished, it became 6 colors ing. In addition, we can select advanced navigation entry & start system and HDD navigation system compatible with MAZDA G – BOOK ALPHA in all grades, but unusual for this type of car there is no setting for sunroof.