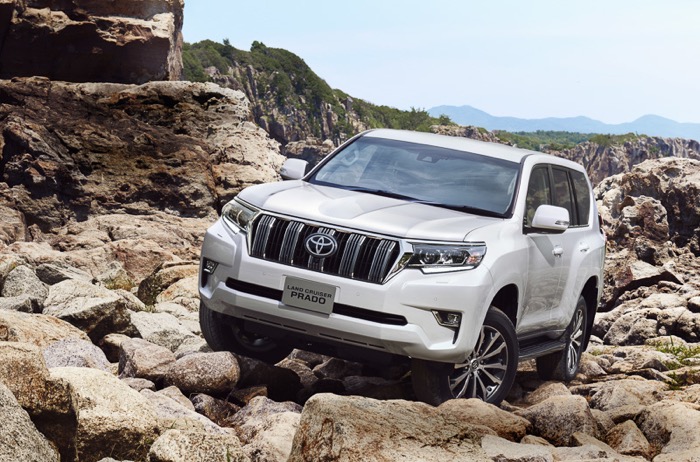 Toyota will make minor changes to the “Land Cruiser Prado” and release it on August 3, 2020. Implemented “selling together all vehicle models” at 6000 stores in Japan. It can be sold by any Toyota dealer.

Due to this minor change, WLTC mode fuel consumption is described. Auto lights are automated. The 2nd generation “Next-generation Toyota Safety Sense” will be installed as standard on all models. “Paddle shift” is adopted in some grades.

Compared to the conventional “Toyota Safety Sense (P)”, the “pre-crash safety (laser radar + monocular camera)” that can detect bicycles during the day and walking at night, and the distance between vehicles in front is constant. It is equipped with the “Lane Tracing Assist (LTA)” that assists the steering operation required to maintain the lane when the “Radar Cruise Control” is activated. By adopting “Intelligent Clearance Sonar (Parking Support Brake)”, it becomes a target vehicle for “Safety Support Car S <Wide>” (Support Car S <Wide>).